Have you heard of the Switch Witch? I heard of this amazing concept a few years ago now and I have adopted it ever since. Read on to find out exactly what is the Halloween Switch Witch and why she is so helpful over the sugar-laden Halloween season.

The Switch Witch is an amazing idea that you’ll want to embrace every Halloween from now on. Trust me! The kids will love it too and look forward to her arrival. 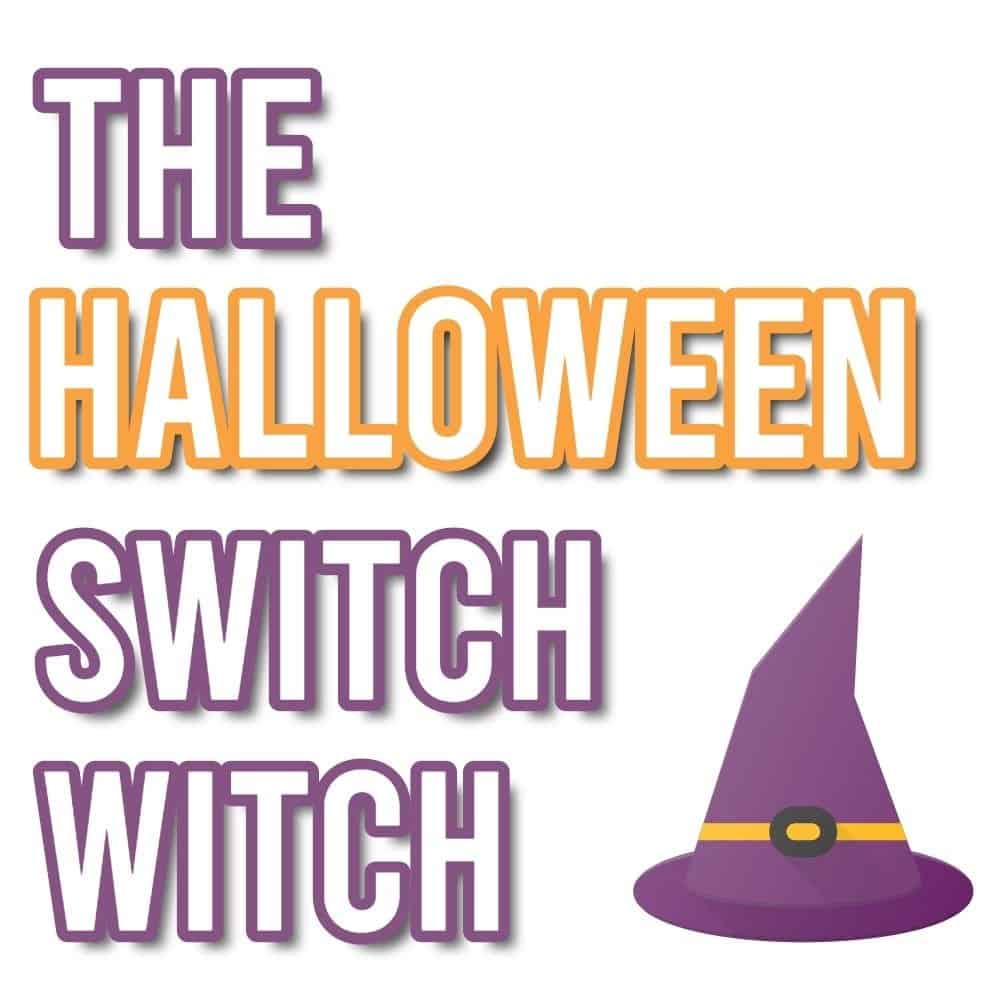 Too Much Halloween Candy?

Halloween is a such fun time for the whole family. For the kids, I think the majority of the fun comes from dressing up and trick or treating. Not from the actual candy overload as they often feel sick after eating too many.

My kids used to want to stay up and eat candy straight after trick or treating and they always felt sick from it soon after. Don’t get me wrong, they love the idea of gathering Halloween candy and eating it. But it becomes not so enjoyable after the crazy sugar highs and lows that inevitably come afterward. 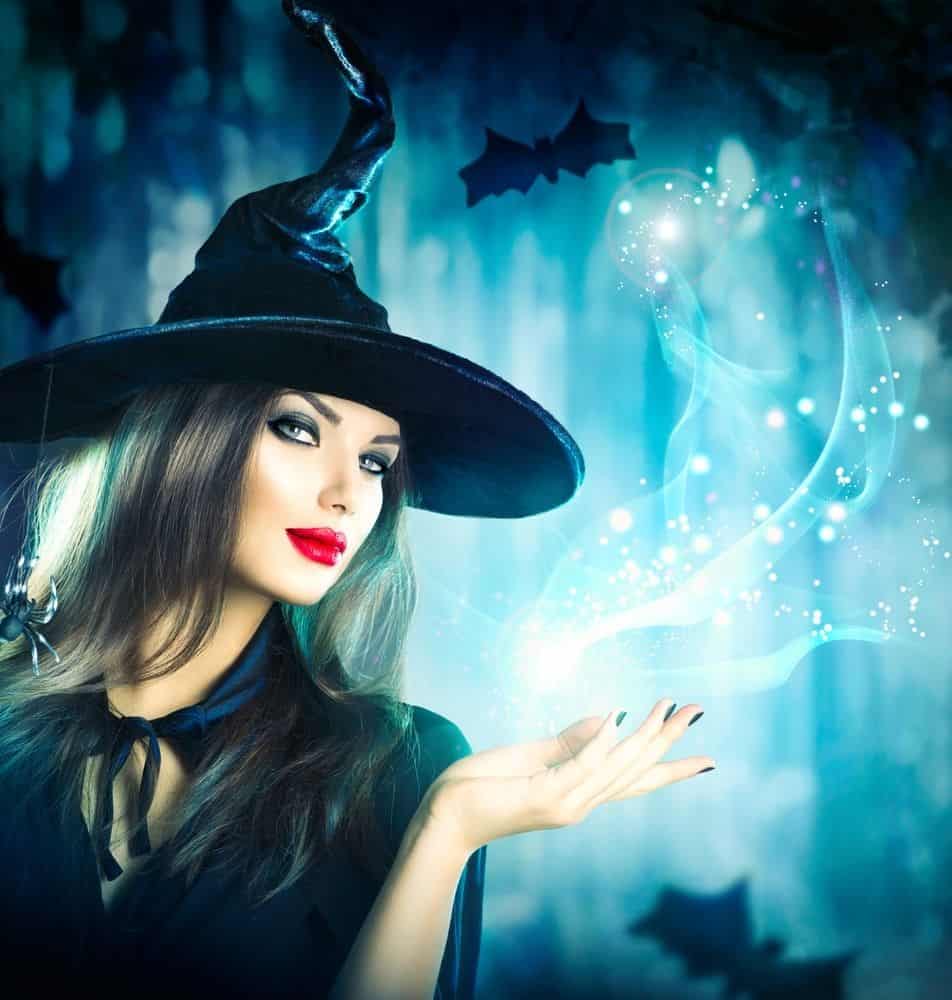 It doesn’t matter if your child is one that must eat ALL the candy ALL at once and feel sick from it. Or if your child is the one that saves their candy and eats one or two pieces a day for the next 2 months….which is not great either.

They are still unfortunately going to be eating all the candy no matter how long it takes! 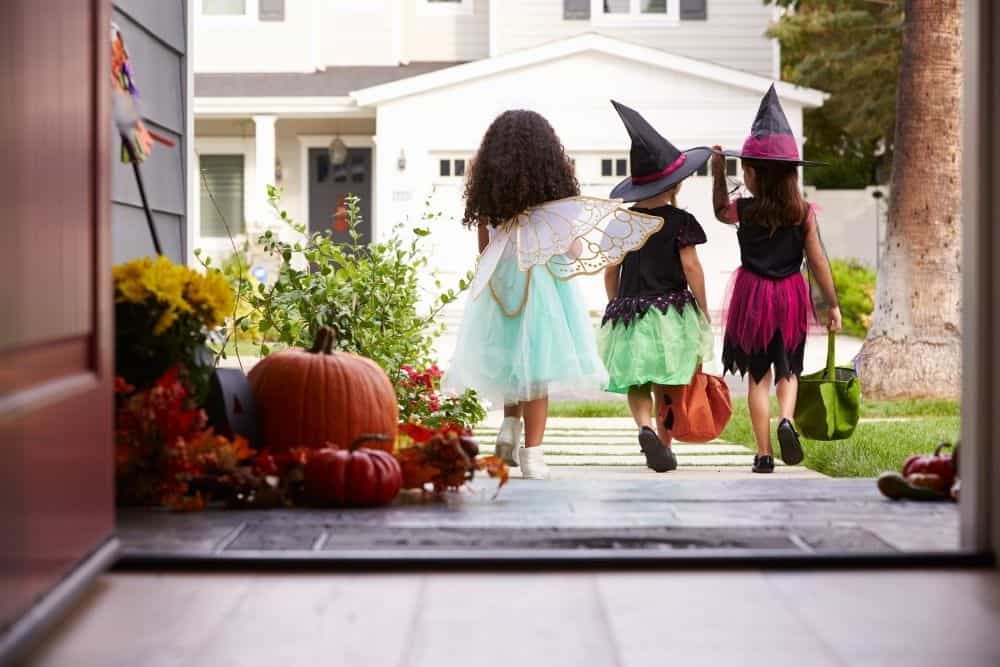 What is the Switch Witch

Enter the Switch Witch. The Switch Witch is a friendly witch who visits houses on Halloween night and gathers candy from children whilst they are sleeping in exchange for a small gift.

This witch loves candy so much that she must gather as much candy as possible on the night of Halloween to take home with her. The more candy she gathers the better the present she leaves behind in exchange.

This is indeed the big incentive behind the Switch Witch and having the kids give up the most amount of candy. For sure they can choose to keep one or two pieces of candy…but she must take the rest.

The idea here is to not take the candy and throw it out in front of them and then just give them a gift. Although you can try that if you think your kids are okay with that.

I’ve found that it is a lot better to put a bit of magic and intrigue into it, even for the older kids. Tell them the surprise gift will be there when they wake up the day after Halloween.

It is also a popular idea amongst parents of kids with allergies. It really takes the stress out of the candy issue when they know that they will be switching it afterwards. 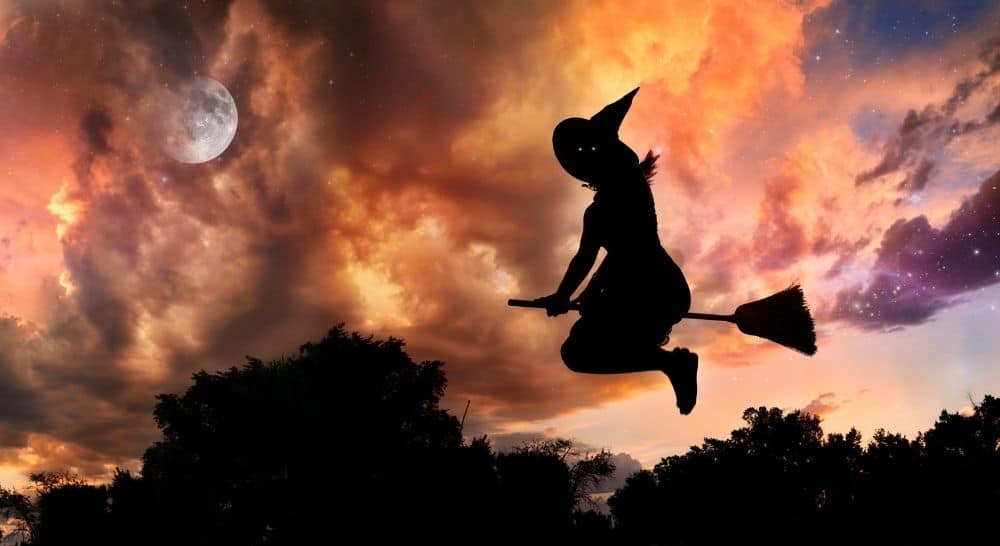 Now it’s important to talk about the Halloween Switch Witch weeks before she is due to arrive and not spring it on the kids last minute as they’ll still be focused on the candy. You would rather them being focused on the toy that they might like instead.

She likes to watch the Mama Natural witch as she doesn’t seem scary and she really believes that she is the actual Switch Witch. (She was pre-school age when we started this so I’m going with that for as long as possible).

Watch the video first yourself as she has a bit of commentary at the beginning and end for the parents.

Or you could read the Switch Witch book to your kids which you can check out below.

Or you could find a little witch toy – in particular a non-scary looking witch for younger children.

There is the cutest Halloween witch doll pictured below. 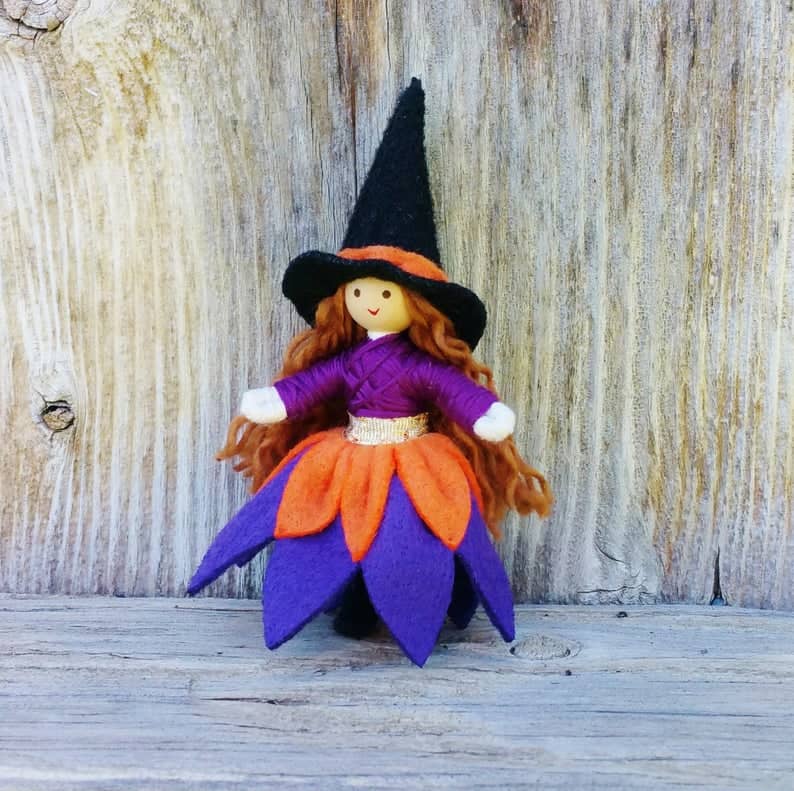 The doll and book are both fun keepsakes as well that you could bring out every year a few weeks before Halloween. And as a bonus, this will help to build up the excitement of her arrival.

Don’t miss our FREE Halloween printable activities and games that your kids will love.

If the idea of a candy witch visiting your house over Halloween is too scary for the kids then some other ideas could be to call her the candy fairy or the great pumpkin. My daughter was not scared by the concept when she saw some pictures of friendly witches.

It also helped that her favorite book at the time was Room on the Broom.

Another good idea is to leave the candy out for collection by the witch in a common room like a family room or lounge room, rather than the child’s bedroom. You don’t want them to think that a witch will be roaming around their bedroom while they are asleep. 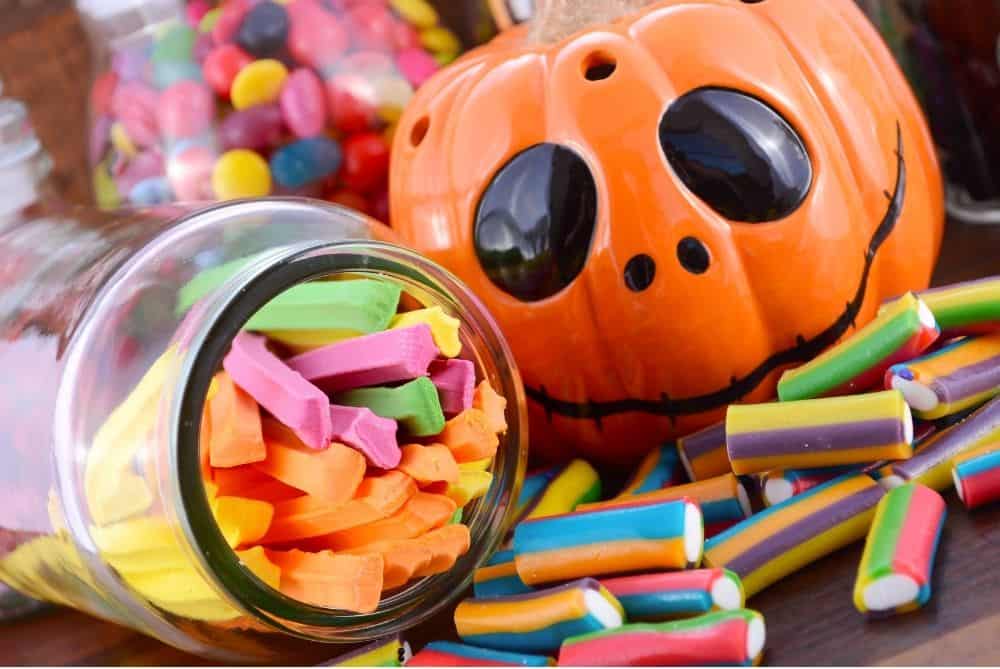 Now even if your kids are older they will potentially still like this concept. Even if they are old enough to know it’s really you it doesn’t matter to them. So don’t be afraid to introduce the concept for the first time to tweens or teens.

They’ll still be happy to play along for the younger kids and cash in the candy for what they really want. Or you could make it into a game. Let them know that you are starting a new family tradition called the Switch Witch.

Explain that not all families choose to play this game because not everyone knows about it. Another important thing to remember is that the switched toy doesn’t need to be overly expensive.

However, it does help if it is something you know that they definitely want. Get a few ideas within your budget a couple of weeks before so that you are prepared.

Last year I didn’t plan it as well and had to get a few last-minute things from the grocery store. It still worked out as my son received an iTunes card and he was very happy. My daughter received a pack of Frozen snap cards so she was luckily happy with that as they didn’t have much else. It doesn’t have to be overly expensive to be exciting.

We’ve done the Switch Witch for over 5 years now and it still works a treat with my kids including one who is now a teen. I first found out about it from watching the YouTube video above so I didn’t create the concept. From my understanding, it was featured on Shark Tank a few years back as well.

So I’m not taking any credit for making up the concept as it wasn’t my idea – but ideas like this are great to be shared far and wide. Whilst it’s not ever taking on the same legend as Santa Claus I really think it’s growing in popularity.

Why not try it on as a new family tradition this Halloween and see what happens? We will definitely be doing it this year again. 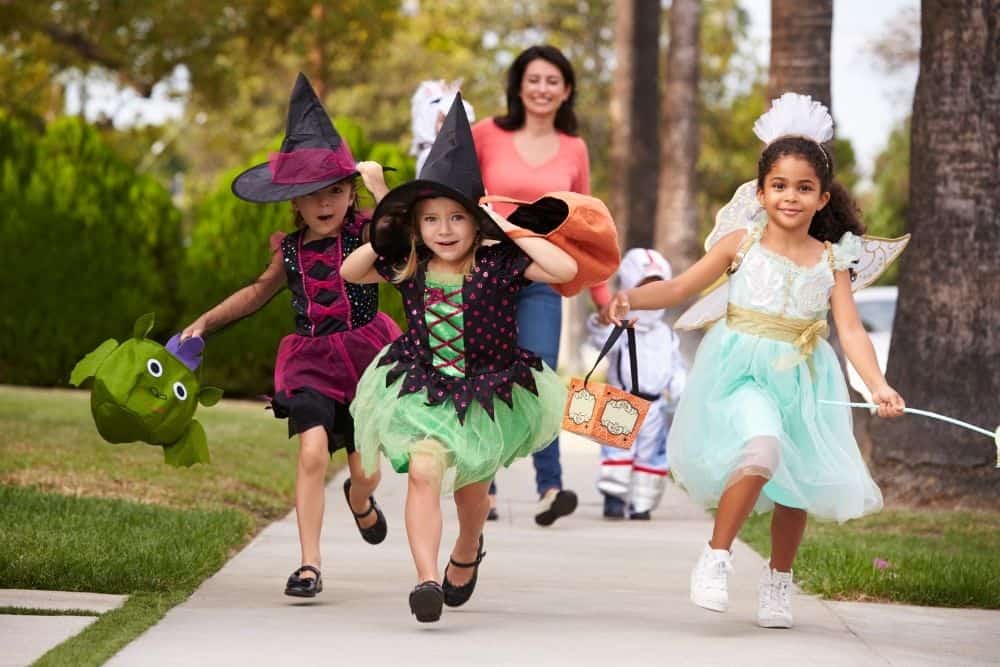 Now if you want to keep the sugar out of your life as well as your kids you need to have a plan as to how to get rid of the candy that the Switch Witch takes. You know you don’t really want it hanging around to tempt you to snack on it.

You need to ask yourself seriously if you really want to eat candy after Halloween is over? It’s important to think about this in advance so that you don’t inadvertently end up eating it and regretting it.

So you could throw it in the garbage when the kids are in bed. Make sure you put it in a hidden bag so that the kids don’t see it the next morning and try to fish it out.

Another idea is to give out the candy to the older kids that might trick or treat later in the night. Re-gifting it so to speak.

Or leave it in a bowl outside your front door and let the neighborhood kids help themselves. Then go and retrieve the bowl and throw out the rest before you go to bed so that your kids don’t see it in the morning. You don’t want them to bring it back in the house.

You definitely don’t want them wondering why the switch witch left their candy outside! I’ve also given the candy to my husband to take to work to share with his co-workers. 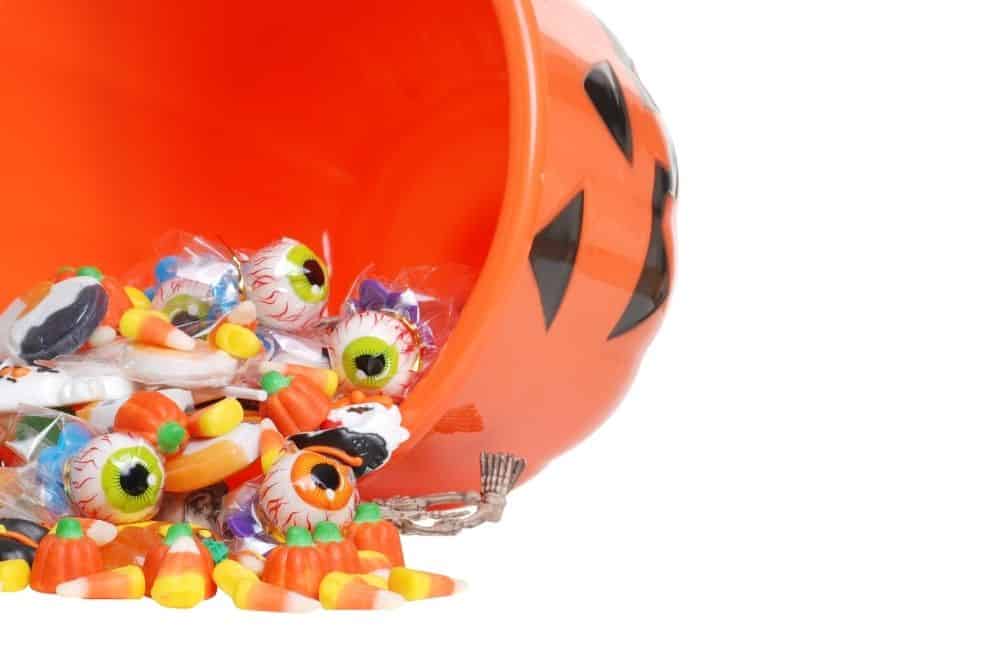 I really believe that this is the best idea for candy alternatives for Halloween. They still will want to go trick or treating and will still be grabbing all the candy. This is the best way for it to be a win win situation for everyone.

Don’t forget to emphasize…the more candy the better the present will be! This will help them get excited about the idea and still be excited about trick or treating. They will want to gather as much candy as they can for the Switch Witch. Now I’ve had some comments on this from people I know in real life. They have asked me am I strict for not giving my 15 month old candy on Halloween.

In my opinion: no. It’s totally okay. You’re the parent and you get to make that decision.

For me, both of my kids did celebrate Halloween from a young age but they thought the candy was a decoration. They didn’t realize you could eat it until they were a little older and they weren’t that interested in it. Now unfortunately they definitely have a sweet tooth.

Wishing you a very Happy Halloween. It’s so exciting to think about all of the switch witches starting a new fun Halloween tradition this year. I hope the Switch Witch visits your home and that your kids love it just as much as my family does.