If you’re looking for some super fun and unique ideas for costumes starting with S then you’ve come to the right place. You’ll find some great ideas and lists for all different types of costumes that start with S.

There are mens costumes starting with S, as well as S costumes for women, children, babies and even pets!

Some costumes here are available to purchase and others are ideas to get your creative juices going. I hope you love these S party costumes and that they inspire your outfit for your next party or special event.

What can I dress up as starting with S?

All of the above ‘things starting with S’ costumes can be found here.

Have you thought about dressing up as a Sim? What could be easier than dressing up as a Sims game version of yourself? All you need to do is to wear your regular clothes and add one of these HUGE Sims life-size lights on your head. (Oh and they light up as well!)

You will be the hit of the party with one of these on your head. These fun headbands can be worn by guys or girls…so do yourself a favor and grab one today. Check them out right here. 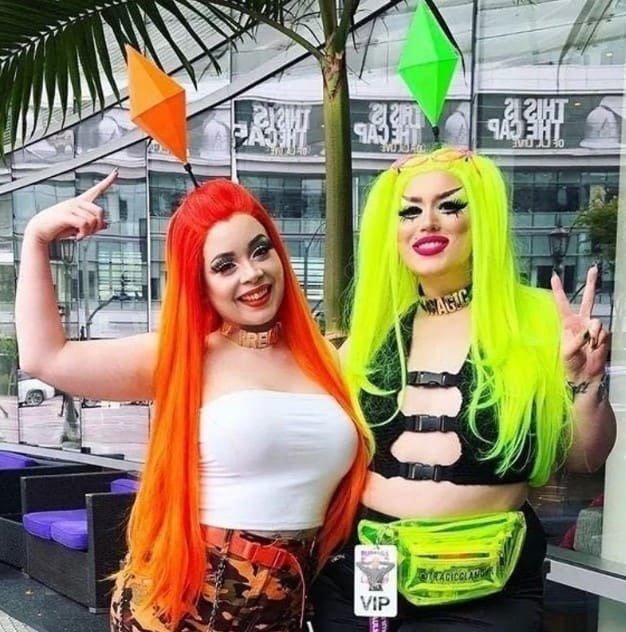 Image credit: 3D Print It 4 Me

I hope you have a bit of fun with these celebrities starting with S costumes. You can add a wig if needed. To make it easier, you could either dress up as the actual person or a character they played in a movie if they are an actor.

All of the above character costumes starting with S can be found right here.

There are so many great characters starting with S to dress up as and the sky is the limit if you wanted to DIY these as well. You might also consider dressing up as a cartoon character like the ones below.

All of the above cartoon character costumes starting with S can be found right here.

Most of the above food costumes starting with S can be found right here.

Many of the above uniform costumes starting with S can be found right here.

An awesome sporting costume is always an easy and fun way to dress up. Grab some sporting equipment and typical clothes and you’re ready. You can always choose to dress up as your favorite sporting star too.

Costumes in Colors that Start with S

The letter S is not a easy one for a color dress up but there are some options above. If you get really stuck for a color to wear, why not consider wearing a bright neon safety yellow vest and hat?

Most of the above animal costumes starting with S can be found right here.

Obviously this list also included other creatures and insects as well as animal ideas. Baby shark would also be a popular option.

Why not wear the national dress of any of the above countries or their sporting colors?

All of the above couple costumes starting with S can be found right here.

It’s double the fun dressing up as a couple and the ideas above are bound to get attention. If you’re pregnant and looking for S costume ideas then check out this awesome Skeleton costume – with baby skeleton and matching costume for your partner that will make everyone laugh.

If you’re looking for an easy option for costumes starting with S when you have a new baby why not look at a baby carrier costume like a on Safari costume. It would be great for mom or dad to wear with baby. Check out the Safari costume here.

All these S baby costumes can be found right here.

Aren’t baby costumes the best! They seriously make the most awesome memories and you’ll love to look back on the photos for years to come.

You can find all of these (and more) amazing and often hilarious pet costumes right here.

I sincerely hope that you have found something awesome to wear to your next special event from our costumes that start with S. Wishing you lots of fun and the best memories of your special occasion with your S costume.

All the costumes and more can be found here in the one place.

Don’t miss our full list of the best costume party ideas for adults.

See our ultimate guide to the best Halloween costumes for big men.

Best Costumes Starting with A

Best Costumes Starting with B